Request for a quote 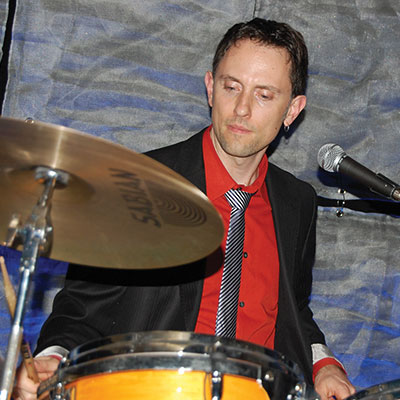 ALEXEY is the musical director of Trio Florencio and Raquel and a bandleader in his own right. He has performed Latin jazz, salsa, son cubano, and jazz for 25 years in the SF bay area, around Northern California, and on cruise ships in the Caribbean and on the Mexican Riviera.

Alexey grew up in West Philadelphia, PA and began playing drums at age 12, delving into Cuban folkloric and popular music a few years later before moving to the West Coast. He has studied in Cuba and New York at the Escuela Nacional de Artes (Havana) and the Drummers’ Collective (Manhattan) with such notables as Bobby Sanbria, Pepe Esponiza and Jose “Changuito” Quintana as well as jazz drummers Mike Clark, Alan Hall and George Marsh.

In addition to playing with Trio Florencio, Raquel, and his own projects,  Alexey is an in-demand sideman and has played with notable Bay Area Latin bands like Charanga Tumbao y Cuerdas, Ritmo y Armonia, Alta California and Son Chevere. Alexey can currently be found performing at private events, jazz clubs and festivals throughout the year.